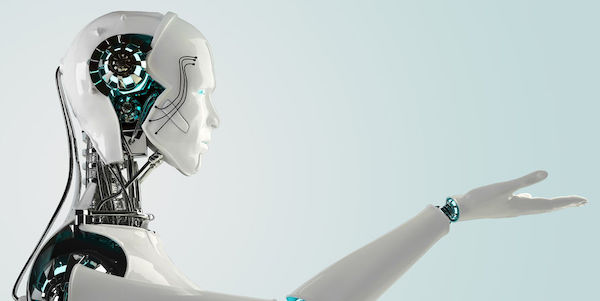 “Alexa please add iPhone XS to my shopping cart and check out.” With a few simple words, the newest I phone will be at your doorstep in under 24 hours via Amazon prime. Using that fancy new phone you can then proceed to order the newest iRobot that will mow your lawn without any backbreaking work on your part and will even charge itself when the job is complete. Don’t forget the latest headphones which, after you place the order, will likely be picked and packaged by some cooperation between robot and machine.

Advances in automation and robotics technology mean that nearly every single need you have in this modern world can be immediately produced, fulfilled, and delivered to your doorstep, often in as little as 24 hours. What’s this have to do with an older, tried and true technology such as plastics, you may ask? As it turns out, everything! The age old idiom of “if it’s not broke, don’t fix it” doesn’t quite apply in this scenario. Even the best technologies, and processes, can have room for improvement. In the case of robotics, the answer may very well be plastic.

Plastics – More than Meets the Eye

Plastics, as defined by the dictionary, can be any of a “number of organic synthetic or processed materials that are mostly thermoplastic thermosetting polymers of high molecular weight and that can be made into an object, films, or filaments.” From Nylon to ABS to to Polycarbonate, plastic comes in a variety of specifications of thickness, durability, and heat resistance. In short, plastic is the backbone of everything you see around you today.

Without plastic new smartphone you just ordered likely wouldn’t exist, nor would a number of those household products you have come to rely on. This may be a no-brainer, but what’s less obvious is that many of those automated processes that utilize robots and robotic technologies also wouldn’t be here without the magic of plastic.

Plastics and the Robot Revolution

Much like the misconceptions in the plastics field, most of us have a Hollywood or pop-culture inspired default image when we hear the term “robot.” From the science fiction-inspired, laser shooting monstrosities of our favorite time-traveling doctor to the clunky ironclad maid from your favorite childhood cartoon, most entertainment-inspired depictions of robots would have you believe they are coated in metal complete with internal steel pully and cog systems to make them run. The real-life modern robot, however, relies less on shiny metallic exoskeletons and more on specially crafted plastics to help make human lives easier.

With improvements in plastics over the years, this resilient material is lighter, stronger, and more easily manufactured in a variety of different shapes. For our increasingly advanced world of robotics, these qualities make plastic a material match made in heaven. Robots that are designed to work with humans without the need for any protective barrier, also known as cobots, are revolutionizing modern industry. Robotic “arms” can easily be crafted into shapes that allow for increased flexibility and range of motion. These new appendages can then be used to pick and deliver individual items for that Amazon order you placed earlier.

The benefits to plastic use in robotics are numerous. Lighter weight cobots with a greater number of plastic elements can easily be positioned and maneuvered into spaces by their human counterparts, increasing the industries and applications in which they can be utilized. Perhaps the most important characteristic of the increased utilization of plastic, however, is safety. Lighter weight robots are less likely to cause injury in case of accidents and specially formed plastic points are more streamlined and less likely to snag or cut when brushed up against.

More than Meets the Eye

The plastic and robot love fest doesn’t end with delivering our materialistic goods, either. Thanks to technological advancements in medicine in conjunction with plastics and robotics patients who have lost limbs are finding a new lease on life with advanced prosthetics. Made mostly of plastic, replacement prosthetics capable of tracking their own position and adjusting their own joints upwards of 750 times per second are allowing individuals to find a greater range of motion and quality of life. Plastic is also more easily molded in a variety of different pigments and coatings allowing the prosthetic to appear more lifelike than a traditional metal fabrication.

Looking for further synergies in the plastic and robot relationship? Those lightweight and maneuverable plastic cobots we mentioned earlier are increasingly being used themselves in the plastic manufacturing process. While it may sound a bit dystopian to find robots crafting their own moving parts, utilizing automated systems in the injection molding process produces efficiencies and cost savings that can be passed along to the end consumer.

To bring the plastic lifecycle full circle, robots are even revolutionizing the way we think about recycling. Automated scanning and picking functions in the recycling process makes it easier and more efficient than ever to reuse this versatile material. Utilizing this technology also allows manufacturers to address one of the public’s largest concerns regarding the use of plastic in industry and protect our environment in the process.

The Future of Robotics and Plastic

So now that we’ve discussed the current advances in plastic and robot partnership, just what exactly does the future hold for the greatest partnership since peanut butter and jelly? To quote a line from a famous movie, “[t]here’s a great future in plastics.” From revolutionizing military protection and combat to making manufacturing of all shapes and sizes safer for workers with the use of plastic-centric cobots, technology continues to advance the possibilities and imagination.