The history of nylon 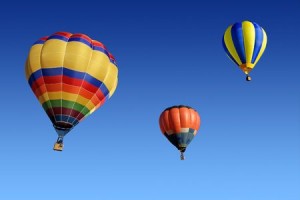 Nylon is everywhere. It may have started out as women’s stocking material, but today, it is used in everything from fasteners to toothbrushes, hot air balloons, and even guitar strings.

The thing is, nylon hasn’t been around forever. It was invented less than 100 years ago.

Before nylon there was rayon. E. I. du Pont de Nemours and Company, which would later go on to invent nylon, began its adventure into the world of synthetic materials in 1920 when it purchased a 60% interest in Comptoir des Textiles Artificiels. Rayon was one of the materials produced there. It was a popular and profitable product, and it continues to be used today. Rayon is used in the textile industry, where it was once touted as artificial silk, but it’s also used to make ropes, fishing nets, machine parts, and more. It was popular with women as hosiery, but the material was brittle and lacking in performance.

Instead of continuing to invest in research to improve existing products, like rayon, the newly named DuPont Fiber Company decided to branch out and engage in scientific pursuits in order to make new discoveries. In early 1927, $25,000 a month was budgeted for research. Purity Hall was built to act as the new laboratory and 25 chemists got to work.

It didn’t take long for the chemists to start making groundbreaking discoveries. It started in 1930 when Julian W. Hill, a research associate, created the very first polyester material. When it was cooled, the thin, brittle filaments could be pulled into an elastic thread that could reach up to four times their original length. Unfortunately, this material had a low melting point. It couldn’t be marketed as a commercial product because it’s low melting point meant it would be destroyed in the laundry or when ironed.

This problem plagued the team for four years. The solution came when Wallace H. Carothers, who was a young organic chemistry lecturer at Harvard University before signing on with the DuPont Fiber Company, decided to focus on polyamides instead of polyesters. He and the other chemists enjoyed some success in 1934 when Donald D. Coffman pulled a polymer fiber based on an aminoethylester. This was the very first nylon material. Unfortunately, aminoethylester was extremely hard to produce, so the team kept trying.

Eventually, future research would come down to working with polyamide 5,10 or polyamide 6,6. It was eventually decided that polyamide 6,6 was the material of choice because it could be prepared from benzene, which was easily and affordably derived from coal tar.

Eventually, a mathematical model for the kinetics of the polymerization reaction was created by Joseph Labovsky, a chemical engineer and technician in the DuPont lab. This enabled the team to make more and more nylon material until it was finally decided to build a nylon production facility that could make up to 12 million pounds of the synthetic fiber each year.

What to call it and how to use it

Before the material could be used or marketed, it first had to be named. It was originally called Rayon 66, Fiber 66, and Duparon, which was an acronym for “DuPont pulls a rabbit out of nitrogen/nature/nozzle/naphtha.” None of those options were very marketable.

It’s a bit of a mystery exactly how the term ‘nylon’ came about, but it started with the term ‘nuron’. Unfortunately, this posed some trademark issues, so the term ‘nilon’ was suggested. The ‘i’ was then turned into a ‘y’ to ensure correct and easy pronunciation. However, in a strange and unexpected twist, ‘nylon’ was not trademarked. DuPont wanted consumers to think of nylon as a generic preexisting material that could be found in nature, like wood, or could easily be produced, like glass.

Nylon is an effective material that can be used in many applications, but DuPont decided to focus on ladies’ full-fashioned hosiery. The average American woman was buying eight pairs of stockings each year in the 1930s, providing Japanese silk producers with $70 million in revenue. However, DuPont would not make the stockings directly. Instead, the company would create the material and sell it to nylon thread mills that would then turn the nylon material into stockings.

DuPont faced some challenges early on. Everyone was excited about the product and the press was running articles on the material saying that it would outlast silk and never run. Concerns about overpromising the material grew.

The real challenge came when an article claimed that nylon could be made using cadaverine, which is formed during the putrefaction of dead bodies. Combined with Carothers’s suicide in 1938, these reports could have spelled the end for nylon.

Fortunately, DuPont’s publicity department was able to stress to the media that nylon was derived solely from coal, air, and water. It introduced the stockings in 1938 to 4,000 enthusiastic women at the future site of the New York World’s Fair. Unfortunately, it would be another year and a half before nylon stockings would be available commercially to women.

When nylon stockings were finally introduced commercially, they were sold for $1.15 per pair. They sold out immediately. The first year, DuPont made $9 million on its new product. The second year it made $25 million.

As soon as the war ended, DuPont turned its focus to nylon stocking material again. It was as popular as it ever was before. Hundreds and even thousands of women lined up to get their hands on a pair of nylon stockings. In order to meet demand, as well as avoid an antitrust suit, DuPont decided to license nylon to outside producers in 1951. 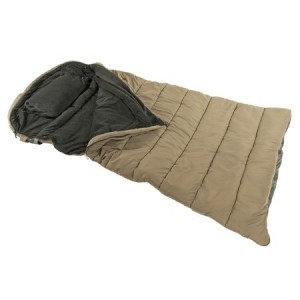 Unfortunately, due in part to overexposure, the popularity of nylon fabrics saw a sharp decline after the 60s and 70s as the material seemed dated. Synthetic fibers enjoyed some popularity in the 1990s because technical innovations improved their feel and performance, but nylon definitely didn’t dominate the market like it did a few decades earlier.

Although nylon stockings are not as popular as they once were, nylon is used in many other ways. In the outdoors, nylon can be found in tents, sleeping bags, and hot air balloons.  Nylon products can be found in our homes and at the office. Around eight million pounds of nylon material is manufactured each year, making it clear that nylon was one of the most important inventions of the 20th century.

While a good portion of the world’s nylon production is used in other products, it is also an important thermoplastic engineering resin and either extruded for injection molding in bar shape,  used to manufacture nylon fasteners including machine screws, nuts, washers, spacers, bearings, gears, and fittings.   Billions of nylon fasteners are created every year!  Chances are, you are holding a device made with several nylon fasteners right now.  Learn more about when to consider nylon fasteners here.