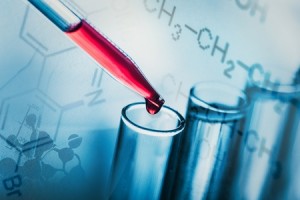 Although the concept of a plastic fastener seems simple enough, it is anything but. Because there is an endless array of applications for fasteners, there are an equal number of fasteners that are made for those applications. Some fasteners require acid resistance, and when reviewing plastics as an option, there are a few acid resistant plastics that make a great choice.

Teflon is a unique acid resistant plastic. Unlike many of the materials that are used to make plastic fasteners, this is one that is well-known, even among people who don’t have any experience with fasteners whatsoever.

That’s because Teflon is most commonly found on cookware and pans. It makes a great nonstick coating because it is extremely non-reactive. It is often used in the pipework that transports corrosive chemicals. Furthermore, it has dielectric properties, a high melting temperature, and low friction.

For these reasons, The PTFE variety of Teflon is used in many other applications as well. When utilized in an industrial sense, it is often used to make plain bearings, gears, and fasteners. It’s comparable to nylon when it comes to its popularity, but because of its acid resistant properties, it’s a great solution for operations, machinery, and products that come in contact with various chemicals.

Formerly known as KEL-F, PCTFE has a higher tensile strength, lower deformation under load, and lower glass transition temperature compared to other fluoropolymers, like Teflon. It is inflammable, but what really sets it apart is its ability to deal with cryogenic temperatures down to -200 degrees Fahrenheit. It can resistant oxidation and has a relatively low melting point, zero water absorption, and good chemical resistance. It is often used as a fastener in applications, like engines, where these benefits are needed.

One downside to PCTFE is that it’s susceptible to degradation caused by exposure to radiation, so it’s not a good fastener solution when radiation is present.

Kynar is also known as PVDF. It is resistant to high and low temperatures, harsh chemicals, and nuclear radiation, which sets it apart from PCTFE. With such a wide range of benefits, this innovative plastic material can be made into fasteners and other components that can be found in multiple industries.

This plastic is popularly used in the power, renewable energies, and chemical processing industries when other plastics simply won’t do. Because this plastic is non-reactive to a multitude of stimuli, it is also used in the pharmaceutical, food and beverage, and semiconductor industries.

It is used in the mining, plating, and metal preparation industries because it is so resistant to hot acids, and it’s used in the automotive and architectural markets due to its chemical resistance, weather-ability, and resistance to UV degradation.

As with other plastics, Halar has another name—ECTFE. It is a partially fluorinated polymer that is most often used as a coating material. It has high impact strength and chemical and corrosion resistance, even over a wide temperature range, and it has excellent cryogenic properties.

Although fasteners aren’t usually made completely out of this plastic material, many screws and other components are coated with this unique plastic to make them more durable.

CPVC may not sound familiar right at first, but this is a material that many people have some experience with. That’s because this material is made with the chlorination of PVC resin. It is most often used in piping that can easily be fastened together, but there are other applications for this plastic material.

Both CPVC and PVC share many things in common. They both boast low conductivity and excellent corrosion resistance at room temperature. In addition, they are both fire retardant. However, there are many differences as well.

CPVC has more chlorine in its structure than straight PVC, which makes it much more corrosion resistant. PVC softens much more quickly than CPVC, making CPVC a more durable material.

There are some situations where regular PVC won’t do. CPVC is often used in hot water pipes, chlorine pipes, sulfuric acid pipes, and high-pressure electric cable sheaths as it will perform much better than PVC.

Minor differences in plastic material can have a huge impact

Reading through the differences between plastic materials, you may be struck by how seemingly insignificant those differences are. Because of this incorrect assumption, some people end up choosing the wrong plastic fastener, which can ultimately compromise your product or process.

In order to make sure that you get the right plastic for your particular needs, it’s important to ask for advice from a knowledgeable industrial fastener and component supplier.

No matter what your needs, E&T Fasteners can help you choose the right screw, bolt, or nut for your particular application. Contact us today and we’d be happy to tell you which material would be best for your plastic fastener requirements.